Well, not me personally, but I know of one! While I was at home, my dentist recommended  jet lag supplement from the local nutrition shop. I figured it couldn’t hurt to try, so I bought a packet of No Jet Lag homeopathic remedy. I’m completely thrilled with the results.

Normally I get pretty bad jet lag, especially traveling west to east. Last time I came back to Barcelona, it took me two entire weeks to re-adjust. Now, I’m the kind of girl who loves (almost) nothing more than sleeping – the first thing people say when they call me is “I didn’t wake you up, did I??” If my sleep gets messed up, I feel physically awful, so jet lag is a big problem for me.

BUT hopefully my jet-lagged days are over! I tried out No Jet Lag on my flight back. Here’s my results, day by day:

Day 1: I feel a little like I’m in a dream, but I’m not totally exhausted. Zero achiness. I feel like I could manage a pretty full day of activities. Actually, I feel almost normal, but we’ll see what happens. I’m sleepy but not severely. No nausea or weird appetite. I did end up napping a little bit.

Day 2: I slept pretty well and stayed out at the bars until 1 a.m.!  I woke up twice during the night but I could get back to sleep. I’m not exhausted or achy (though I am tired of sitting). I had a long nap, but because I wanted to, not because I felt physically unable to get out of bed.

My appetite is completely normal. I usually get very drowsy and very hungry halfway through work, but this didn’t happen. This is MUCH easier than last time I came back!

By the end of the week, I was right back on my normal schedule and not jet-lagged at all. It’s official – I’m in love with No Jet Lag!

It’s really easy to use – you just chew one tablet every two hours of flight time, plus one at take off and after landing for every flight. If you sleep, you can go four hours between taking them. It sounds like a lot, but it works. They’re faintly sugary-tasting and don’t have a funky texture at all.

However, there was one downside to this product – I was feeling so peppy that I overindulged in going out, effectively negating any good that No Jet Lag had done for my immune system. Pair this with an office full of coughing coworkers, and I’ve spent the weekend thus far swaddled in blankets and sniffling. Still, I’ll swap a cold for jet lag any day!

No Jet Lag cost me about $13 for a packet. It says this covers 50 hours of flying time, and it’s well worth the price in my opinion. And no, they didn’t pay me to write this, promise! 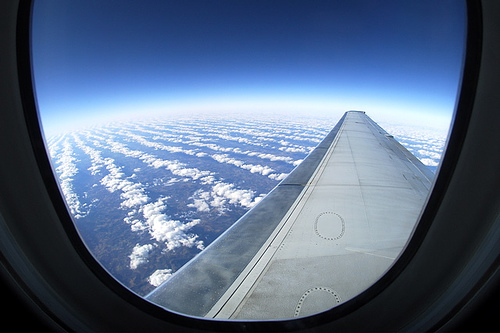 Note 1 : I can’t say that the great results were entirely due to the product, because I  also tried out a couple more anti-jet lag techniques – I kept a scarf over my eyes during the flight to block out light, and I had a 4-hour nap when I got into Barcelona. I’ve used both in the past without much success, so I think the herbal remedy was the reason, though obviously it wasn’t a properly controlled scientific experiment (sorry to all my college professors!).

Note 2: Boiron does a similar herbal remedy that I like too (click here to see it).  It’s cheaper and has pretty good results, though I liked No Jet Lag better because I felt pretty good when I landed, whereas with the Boiron stuff you take it after landing, so there’s a lag.

Has anybody else tried a jet-lag remedy that works (herbal or non-herbal)?