Today is officially one year since I graduated college! I got handed my diploma on May 14th, 2011 on a cloudy day in southern California with big plans and lots of hopes.

Even though I was probably the one with the best-set plans out of my group of friends, life definitely didn’t go as I’d planned. Here are some things I wish my grad speaker had told me about the year after you finish school. Congrats to the class of 2012!

(Also, this is different from my usual travel-style blog, but I wanted to do something to mark the occasion!)

10) Nobody cares about your degree (really). Okay, grad schools might. Sometimes it counts if you have one. Sometimes new acquaintances will ask you what you studied. But beyond that, nobody cares what grades you got, what classes you took, or what your thesis was about.

9) Don’t get your expectations set too high. Hoping is different from expecting. I expected all my hard work the last year of college would pay off. It hasn’t. Life doesn’t work like school.

8) All that constant reaffirmation from college isn’t normal. Professors go out of their way to be nice to students.  This level of praise isn’t normal, and it’s an ego-blow not to have it. I felt like I was doing badly for a while because nobody was giving me the regular praise and validation I was used to getting as a star academic achiever.

7) It gets much harder to measure success and have a sense of direction. It’s easy in college – every few months you get an assessment of your level of success, as well as a sense of making progress. When this structure goes away, it’s weird and disorienting. You’re not “on track to…” anything anymore.

6) Make an older friend. They’ll be able to empathize and give you advice about what to do from a recent perspective. One older friend told me your early 20s is all about ‘un-learning’ everything you’ve been told and re-learning according to what you want. And that everyone has lengthy crisis periods. I might’ve laughed this off two years ago but it makes much more sense now. it’s reassuring to hear stuff like this, particularly when it comes from someone you know and like.

5) If you’re going to work a boring job, at least do it somewhere you like. Being a waiter or waitress isn’t the most fun job in the world, but you could do it in a big city, in a pretty beach town, close to home to see your family, or just with people you like.

Credit: Too Many Mornings

4) Find a hobby…that isn’t watching reality T.V. Go out and actually do stuff – it’ll make you happier and more interesting. It might take a while to figure out what you like to do, but do something so you don’t go crazy.

3) If your job makes you miserable, find a way to quit. My first job post-college sucked in every way possible. But it wasn’t until the day I was in tears all afternoon over heading to work that I realized I had to find something else. I dropped to part-time to job hunt, and fully quit three weeks later when I got a job that to this day has not made me cry.

Lots of employers will take advantage of the bad economy, especially if you are young and they think they can manipulate you into staying. Don’t stay somewhere like this. There are other jobs. It may take a while to find one, but no job is worth your sanity.

2) A year out, nobody has their ‘plan’ together yet. At graduation time, most of us were planning on having some ‘space’ to figure out what direction we wanted to go in next. That meant things like moving back home, applying for temporary jobs, or escaping to an exotic abroad location. A  year later, we still don’t have our life plans together. So far, that seems to be okay, and I’m at least figuring out some things I like. 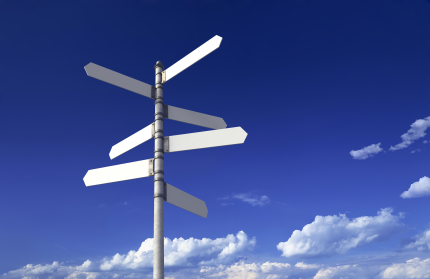 1) It’s going to be tough. The last year has definitely been the hardest one of my life. A lot of expected stressful stuff happened, and then life had lots of nasty surprises in store for me too. It’s exciting to graduate college, and everyone tells you constantly how wonderful your post-grad life is going to be.

And Conan O’Brien said in his grad speech at Dartmouth last year “There are few things more liberating in this life than having your worst fear realized.” 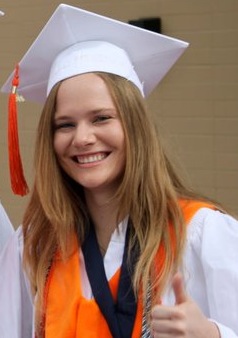 No idea about what was going to happen next.

Welcome to the ‘quarterlife crisis’. It’s definitely been way more of a roller coaster than I was hoping for, and I hope the next year is a lot less stressful. What other tips would you give 2012 grads (or 20-somethings)?